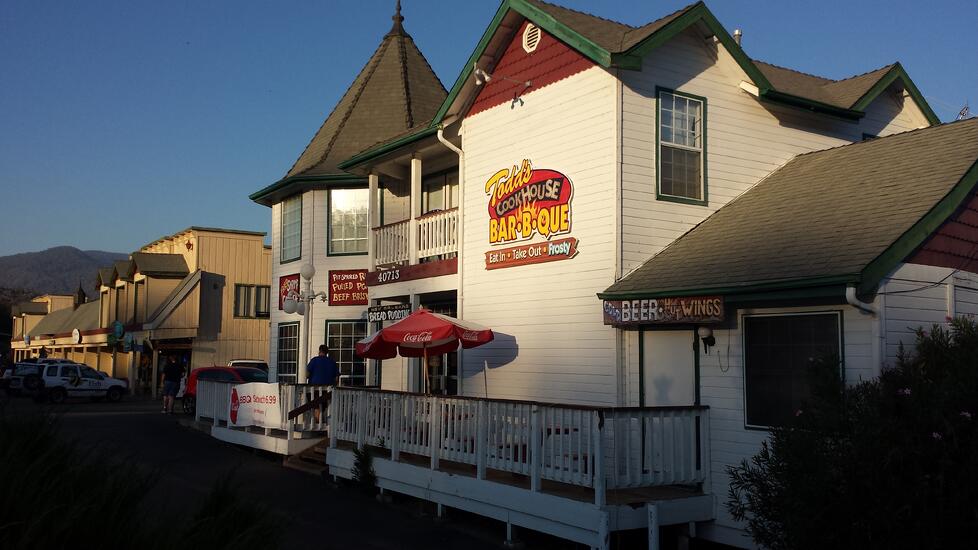 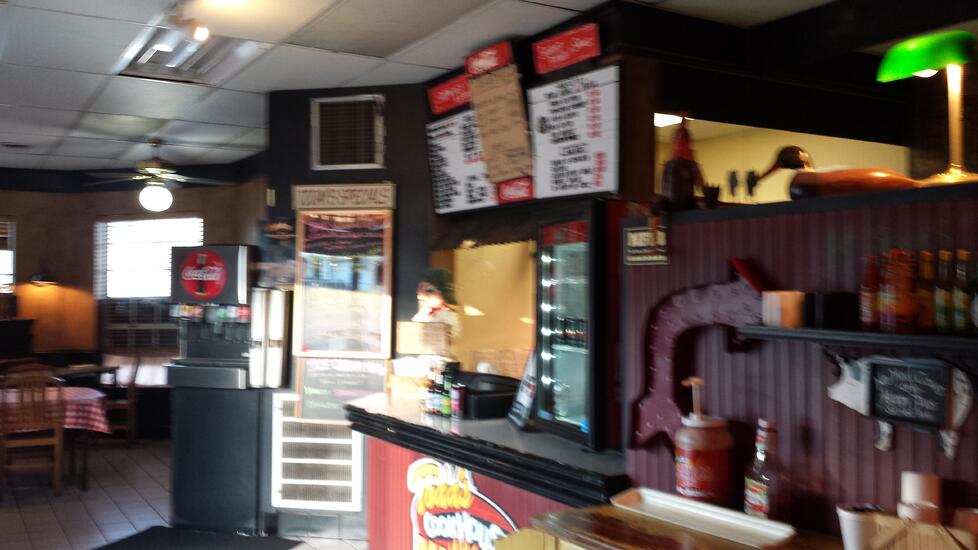 We walked in and there was one other customer in there other than us, but this is a mountain town, and the street gets rolled up early so, no judgement. The interior was a little "Roadhouse" looking with Formica tables. Not very big. I would call it cozy. We stepped up to the counter to order our meals. My BBQ Buddy and I were ready! My BBQ Buddy ordered the chicken and sausage plate, (the sausage was ordered so I could try it) with potato salad and jambalaya as her sides. Did I mention that Todd's is BBQ with a Louisiana flair? I ordered the spare ribs and brisket with a side of chile and slaw. Todd's uses oak to smoke their meats and I couldn't wait to try it. They brought out our plates, which were disposable, as were the utensils.

The first thing I tried—and don't ask me why—was the chile. It was delicious. Chile with beans and chunks of beef in it. Fantastic!

On to the brisket. It looked fantastic and they didn't trim all of the fat away, which is a good sign. The small bit of fat that was left on the meat was translucent and it was obvious this brisket was really moist from the rendered fat and the bark looked perfect. The smokiness, texture and moisture were really good and I thought the seasoning that formed the bark, while a little light, had a pleasant flavor. Solid B+ (That was a really good grade for me when I was in school) 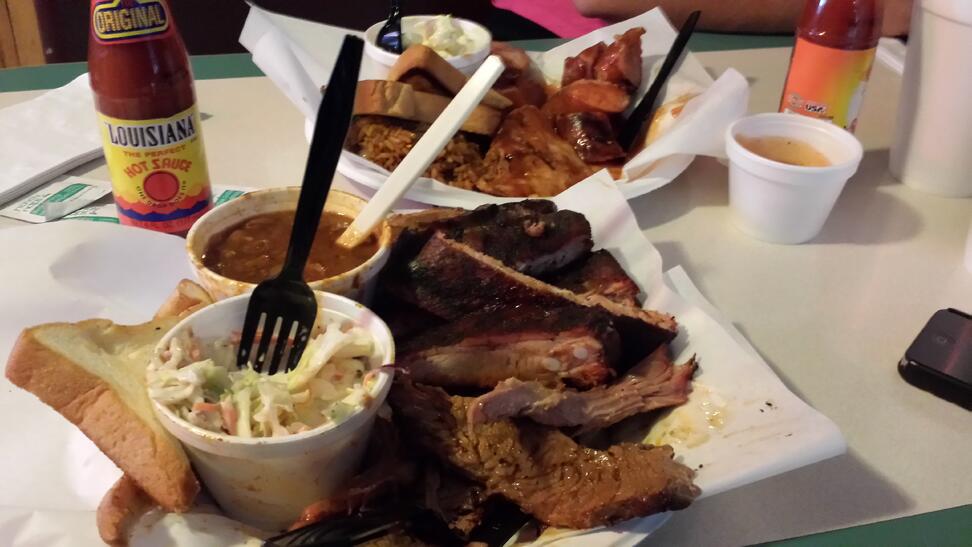 The spare ribs were slightly on the dry side, but not horribly so. Again I found the rub a little light, but the flavor was pleasant. I finished every bit of the brisket, but not the ribs. A couple was enough. The sausage appeared to be kielbasa sausage and was moist with an ok snap to the casing. It had a very mild flavor. Probably would not order the ribs, sausage or chicken again, but the chile and brisket get a definite nod! The jambalaya was ok. My BBQ Buddy finished the jambalaya like a true Louisiana native sans any hot sauce as it was hot enough without it. The slaw and potato salad were decent though not exceptional. They also served a piece of garlic toast that was underwhelming. Overall though, I would say it was a good experience, if just for the chile and brisket. I would go back and try other things on the menu given the chance. 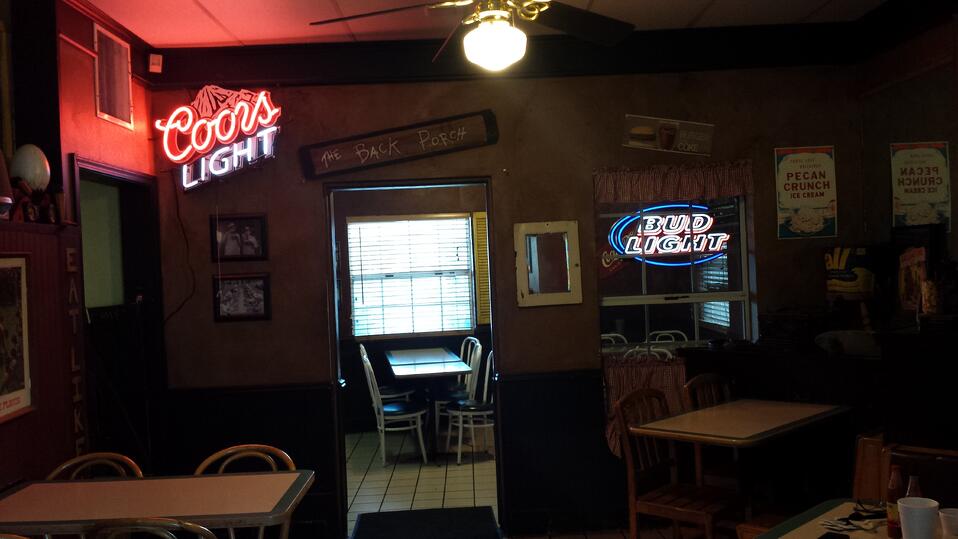 If you ever find yourself in Oakhurst, you should stop in and try it for yourself. You could certainly do a lot worse. Well, all things must eventually pass, and this trip had come to its end. It was time to head home the next day. I had a lot to ponder regarding Barbecue and what passes for great BBQ in some areas. I had some outstanding BBQ on this trip as well as what I would call downright inedible BBQ. All in a one week trip. I can't wait for my next experience to share with you, as well as the chance to make some of my own Q when I get home. I will share photos, methods and recipe's (Kind of. Some things are family secrets after all). I will need to up the cardio to keep up with this. Don't want to get all BBQ Big!

Remember that BBQ is love, and we all need love!